KCHS celebrated with the planting of a rose bush and the sharing of birthday cake in honor of President Lyndon B. Johnson’s May 18, 1965, Rose Garden announcement of Project Head Start, when he said, “We set out to make certain that poverty’s children would not be forevermore poverty’s captives,” and recognized Head Start “was conceived not so much as a federal effort, but really as a neighborhood effort.”

A neighborhood effort it truly has been as KCHS will honor the children, parents, employees, and community volunteers who have partnered for more than 50 years to place children on the path to school success and point families toward a more economically secure future. Many community partners and agencies have joined along the way to help KCHS become what it is today, such as the United Way of Knox County, the Community Foundation of Mount Vernon & Knox County, Kenyon College, the Knox County Board of Developmental Disabilities, Knox County Department of Job and Family Services, Knox County Health Department, Knox County Educational Service Center and Mount Vernon City Schools, Behavioral Healthcare Partners of Central Ohio, Interchurch Social Services and many more.

The event will mark the anniversary of the incorporation of Kokosing Day Care Centers, recognized by the Ohio Secretary of State on April 22, 1965, and formed by Knox County neighbors who were deeply concerned about the impact of poverty on young children. We’ll celebrate the history of a program that started services for 28 children at Columbia Elementary School in the summer of 1965, and today reaches more than 350 infants, toddlers and preschoolers annually in Head Start and Early Head Start home-based services throughout Knox County, and in Head Start and Early Head Start center-based services in Centerburg, Danville, Fredericktown, Gambier and Mount Vernon. KCHS serves more than 150 additional children and their parents annually through full-day, full-year educational child care from six weeks of age through fifth grade, and community-based parenting trainings.

KCHS was funded for Early Head Start in 2009, to provide child development, health and parenting education to pregnant and teen moms, infants and toddlers. In September 2010, KCHS was named one of the 10 National Head Start Centers of Excellence in recognition of the innovative work in utilizing Conscious Discipline®, a social/emotional and anti-bullying curriculum promoting a healthy school family in classrooms, parent and community trainings.

KCHS estimates serving over 13,000 children and families since 1965. Services are founded on two main principles—first, that parents are the first and most important teachers of their children; and second, that at-risk children must have comprehensive services—focusing not just on their academic and cognitive needs, but addressing physical health and development, social/emotional development, nutritional needs and family concerns as well.

KCHS works with families to identify strengths and needs and to access available community services; and recognizes that families must begin to define and set goals for increasing education and moving toward self-sufficiency. Recognizing that children who are hungry, or in pain due to dental needs, may not be prepared to learn, Head Start screens children for medical and dental concerns and works with parents to access follow-up care. KCHS conducts vision, hearing, speech and language, heights and weights, developmental, and social/emotional screenings for each enrolled child, to determine if each child is developing appropriately, to best support healthy development, and to refer those children who are experiencing delays to local agencies who can identify and support services to children with disabilities and developmental delays.

Head Start and Early Head Start are federally funded by the Administration for Children and Families in the U.S. Department of Health and Human Services, with grants awarded directly to programs in local communities, so each community may define its needs and design services that meet those needs in providing children of low-income families with a comprehensive program to address their cognitive, social, emotional, nutritional and healthy development. Locally, KCHS is supported by United Way of Knox County, the Community Foundation of Mount Vernon & Knox County, and partners with many community organizations.

For those interested, KCHS has been executing a “50 Days of Head Start” social media campaign on its Facebook and Twitter pages, offering a daily historical tidbit and personal stories from Head Start families. 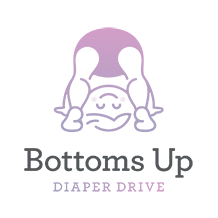